The Minotaur Shorts Festival are taking place over three nights from the 7th to the 9th November and will showcase a series of twenty minute plays written, directed and performed by UEA students. Friday night’s show presented four plays: ‘Death Row’, ‘Hounds’, ‘Mistermen’ and ‘The Man of La Mancha’. 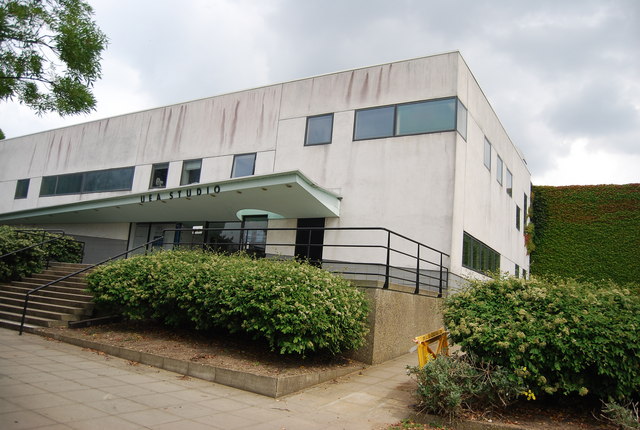 ‘I did not get my spaghettios’. This line perfectly sums up the tone of the twenty minute play, ‘Death Row’ that kicked off the show this Friday: a line that had the audience laughing out loud yet reflected the tragic situation of a doomed man who did not get the last meal he requested. ‘Death Row’ is an immensely powerful play that offers an insight into the perspectives of seven inmates facing the death penalty in America. Set to the background of a simple acoustic guitar with occasional moments of brilliant black humour, the play is incredibly moving and creates a surprising sympathy for the murderers on Death Row. The heart-rending monologues also seem to question the morality of the death penalty itself: ‘Why are you killing me? You said killing was wrong’. Despite the occasionally questionable American accents, the play was performed very well and watching it was an emotional experience.

The second of the four plays, ‘Hounds’ by Ben Rogers shows two women from a sheltered suburban life dealing with the problems that have arisen from their hobby of exterminating the foxes that have ruined their lawns and eaten their chickens. The script was clever and provoked audible laughter almost continuously throughout the twenty minutes. Even the accidental breakage of a wine glass on stage merely served to enhance the humour and was incorporated into the play fantastically by the actors who then took to drinking straight from the bottle with great comic timing. The power battle between the two characters as they struggle to deal with the neighbour’s dog they have accidentally killed with one of their fox traps was entertaining and funny.

There was then a short interval after which the curtain drew back and the audience was greeted by the set of a classy apartment and a half naked man as the next short, ‘Mistermen’ by James McDermott commenced. ‘Mistermen’ provides a window into the lives of three gay men in an open relationship. It is described in the programme as a ‘cheeky comedy’ but the moving storyline and relatable characters make it easy to disagree and instead describe it as a sombre play with moments of dark humour. That is not to say that the humour is not excellent and the actors pulled off the balance between humour and sentiment perfectly. Not only did the play have the audience captivated from the start and completely engrossed in the relationships of these three men, it also involved social comment on issues in modern society such as the way homosexuality is viewed and the way that social media is taking over the real world.

Very similar issues were brought up in the last of the four plays, ‘The Man of La Mancha’ by Ollie Partington. This play is set in the near future when technology has reached such an extent that human contact has been all but replaced by interaction with screens and holograms. Peter Francis, a citizen of this dystopian world, finds himself in therapy after vandalising a hologram and comes to the conclusion that the world they live in is ‘a lie’. The play is well written and incites the questioning of important issues in today’s society. The audience leaves wondering whether we really are living in a hyper reality in which nothing they own is now tangible. This was well demonstrated through the fact that all libraries and book shops have closed down and books can now only be accessed on a screen. The atmosphere on stage was stressful and reflected Peter’s emotions back onto the audience, whilst, once again, it was punctuated with moments of comedy.

The Minotaur Theatre Company has been an ongoing showcase of drama since 1979 and, according to the programme, ‘offers a unique opportunity to see the next generation of young writers, directors and performers’. After seeing these four plays, that is easy to believe.

Any cookies that may not be particularly necessary for the website to function and is used specifically to collect user personal data via analytics, ads, other embedded contents are termed as non-necessary cookies. It is mandatory to procure user consent prior to running these cookies on your website.